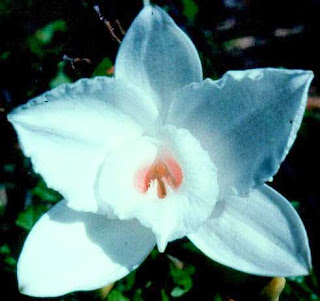 A very attractive orchid that has a widespread range in eastern tropical Africa, from Kenya, Tanzania and Mozambique with one officially recorded record from South Africa. The specimens found in South Africa were found on the shores of Lake Sibaya by Mark Ward in 1983 where herbarium specimens were collected by him on the 05/02/1983 and again on 01/07/1983 which were submitted to the Herbarium at the Royal Botanic Gardens by his father Roddy Ward. I am very fortunate to have been given a live piece of the original plant collected.

Known from one location in South Africa. Potentially threatened by subsistence agriculture, expanding informal settlements and alien plant invasion. The national assessment is downgraded from VU to NT as other subpopulations just across the border in Mozambique could serve as sources of propagules to South African locations.

Vanilla roscheri is a leafless, terete liana-like climber with green succulent stems up to c. 1 cm in diameter and short roots at the nodes. Small brownish vestigial leaves up to 3 cm long are sometimes present at the nodes. 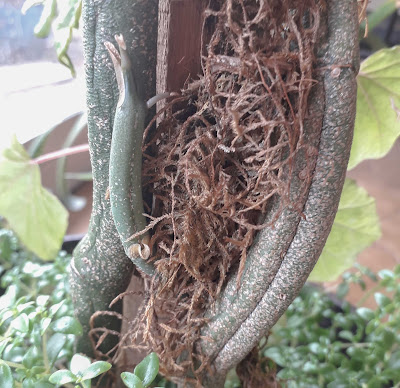 A very distinguishing feature of this species are two shallow channels on each side running the length of the vine between the internodes which are up to 15 cm long. 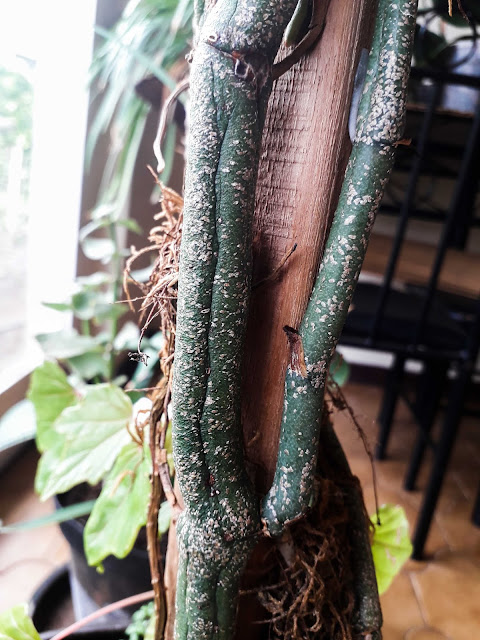 The inflorescence is many-flowered, up to 30 cm long, terminal or at the nodes. Flowers are large and showy, up to 15 cm in diameter, white, more or less flushed with pink, strongly and sweetly scented. Lip funnel-shaped, often salmon-pink or yellowish in the throat. Capsule up to 17.5 cm long 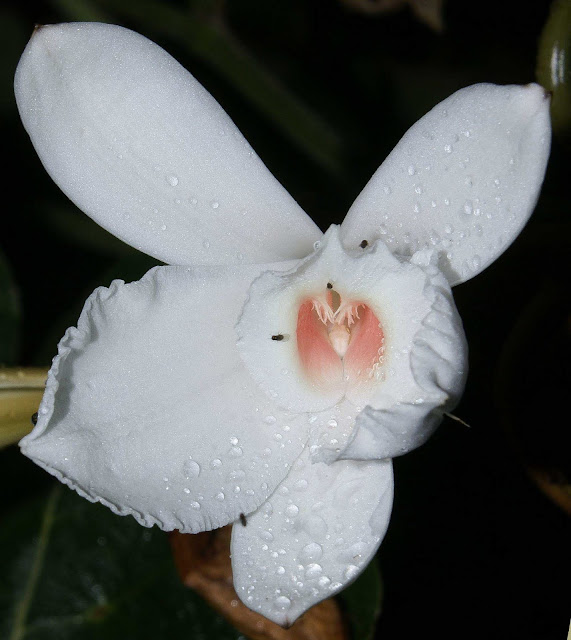 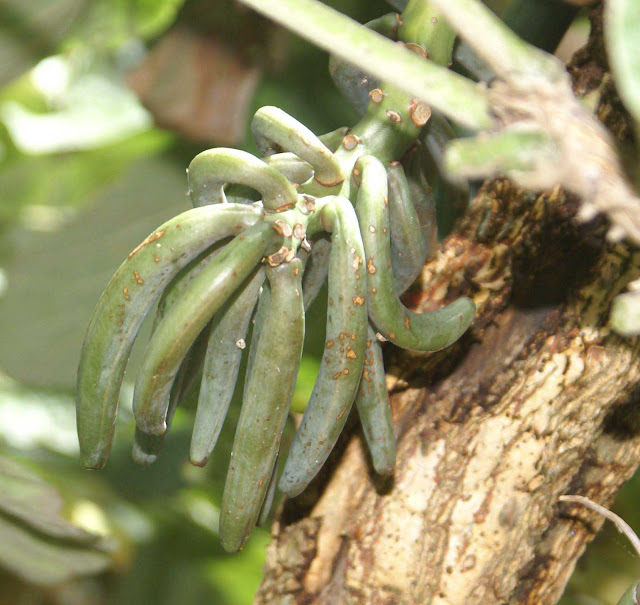 Vanilla roscheri are found growing where it is hot and humid near to the coast in mangrove forest, evergreen scrub, coastal bush and forest, and in grassy fields with scattered trees at elevations in South Africa 1-100 m, elsewhere at elevations of 0 up to 1050 meters

Vanilla roscheri which is easy to grow likes to grow at warm to hot temperatures with high humidity with the lower part of the plant and the roots in shade, the top of the plant in partial shade to full sun for them to flower. 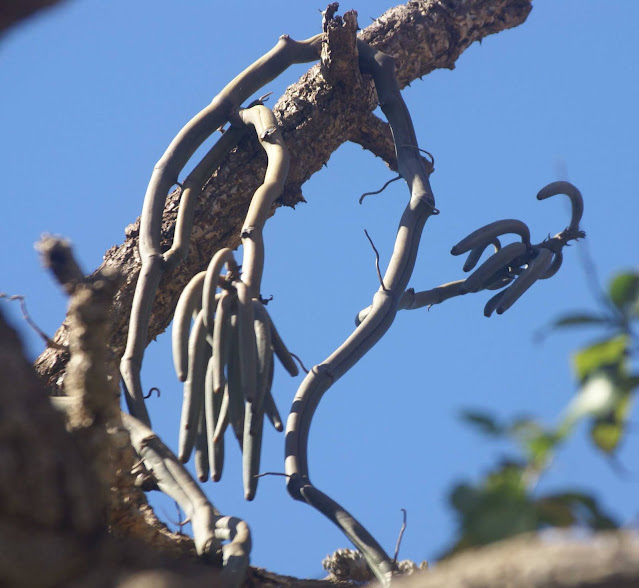 They require a large pot filled with a very loose well drained open growing medium with lots of space for climbing. I grow mine in very coarse sieved well drained leaf mould containing many sticks and partially decomposed leaves to which can be added some crushed egg or snail shells. It is essential to add good drainage and airholes on the sides at the base of the pot or to place the pot on feet. The plants must be allowed to dry out somewhat before watering. Reduce the watering in the cooler months. They need good air movement and respond well to misting. They respond well to a regular addition of a very weak solution of liquid fertiliser. Flush out the pot well with clean water from time to time to avoid salt build up.

I feed my orchid plants with soluble inorganic fertiliser used in hydroponics for flower and fruit growth to which I add both humic and fulvic acid which gives excellent results. I occasionally water my plants with plant growth stimulants derived from sea weed.

Please visit my websites at